Tamia is growing.. & growing & growing. The only nursing position is lying on our sides belly-to-belly, because she’s so big! 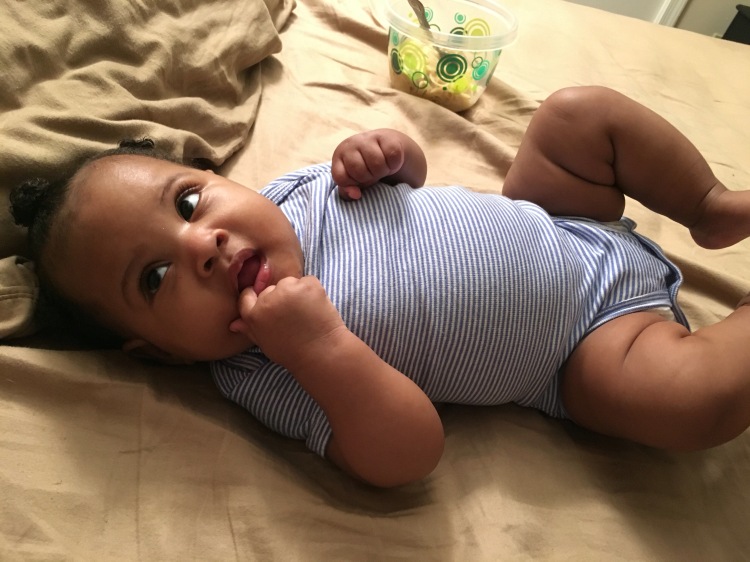 Tamia drained both boobs, and then spit it all back up on the bed sheets and her clothes a few seconds into burping her tonight! We had just been home an hour, and my mom said she fed her an hour before  we picked her up [laughs].

She loves sitting up, she’s been doing that for a while actually.

As far as rolling over, she rolls on her side so far. I hope to see a full roll over in the coming weeks.

The gibberish talking gets better and better! We heard her say Hi! I say that because whenever in said hi, she would say it right back. I even caught her on camera!

The sporadic giggles we’ve caught about three times now! The last one made me a little emotional (don’t judge me).

We’ve got to incorporate more tummy time. I’ve noticed she’s started to push up with her arms. The legs are still making the crawling motion, she just hasn’t tried lifting up on the legs. But baby is progressing!

She’s also started this growling noise which I suspect she gets from daddy. He’s kind of created a trademark of his own:
It’s weird and I wonder if other babies do this. (Please let me know) she growls when she’s excited or upset.

I suspect she is definitely teething. Lastnight, she nibbled the heck out of my fingers… Almost like she was trying to chew at them! Maybe I’ll get her some teething bites?

So I wanted to cook all of her meals for her but I have no extra time to these days. With that being said, I’ve decided on Beechnut & Gerber: Organic products for solid foods.

So she likes apples and mixed vegetables.  I tried chicken and chicken broth, which she likes but it only looked like she was sucking the broth and not actually eating the chicken which made a big mess (and smells horrible. It smelled like canned meat— which it technically is lol) so I’ll probably make the meat myself in that case. 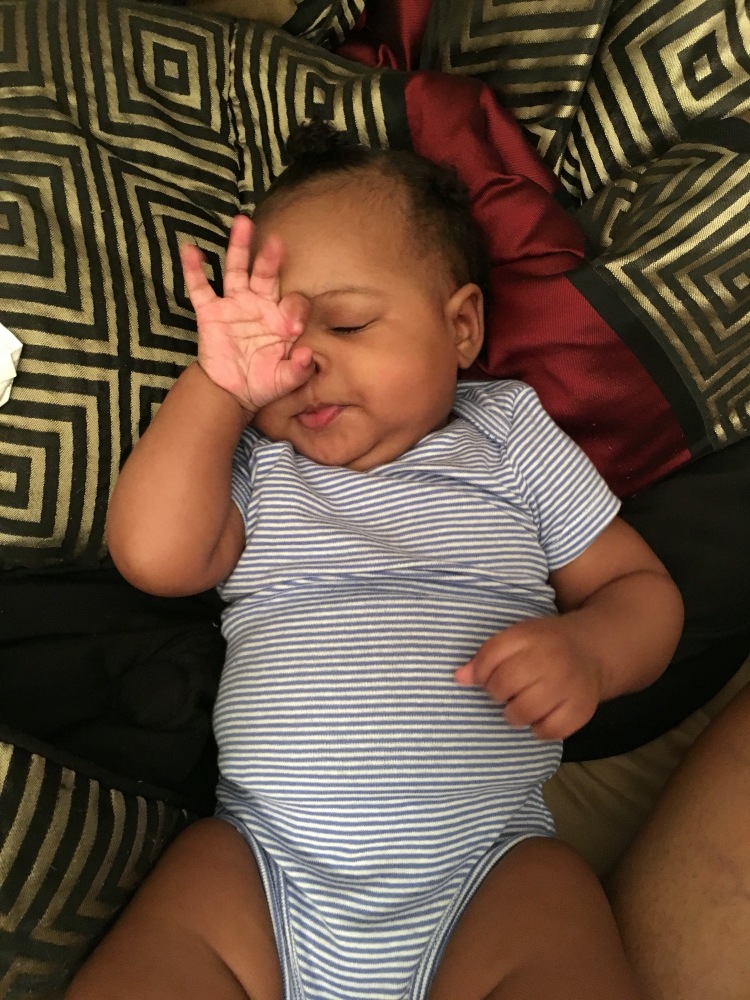 Dad and I were worried because we find her rubbing her eyes and nose that she may have allergies, but her new pediatrician says its normal and too soon to tell because her immune system hasn’t even set in yet.

But all in all, Tamia is doing just fine!