Last night, I discovered— or should I say rediscovered my baby-handling skills. And have realized that I really underestimated myself…

My daughter will be 9 months tomorrow. For all the moms out there, sure you can remember when you first brought baby home from the hospital. It was so easy for them to just fall asleep(if there were no serious issues).. Effortless!Because primarily, that’s all baby ever did (eat, sleep, and poop). Simple! But then somewhere along the lines as baby started growing, baby became more alert and wanted to do everything but sleep. Every child is different, they have their own temperament. So you try everything you could think of to get baby to sleep, whatever works for her… 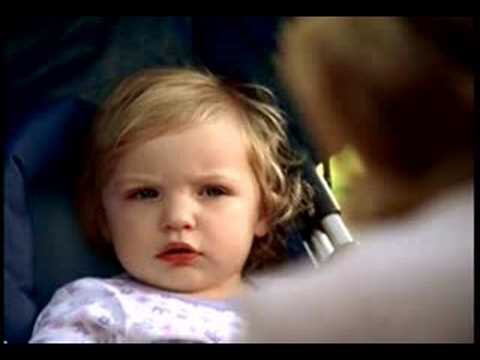 Breastfeeding did it all for me. When she had her first fever after her second round of shots, I gave her some Tylenol and popped a boob in her mouth, and in an instant, her temperature reduced to normal. If she is sleepy, I know breastmilk and that warm skin-to-skin contact would knock her out almost immediately. And while I loved breastfeeding (health benefits, reduced late nights), I knew I was depending on it. I knew because I went over the 6 month limit I gave myself. But you have to understand, holding my baby boo close to me and gazing in her eyes as she stares into mine. And her reaction after she takes a swig of my mother’s milk: hilarious! She actually smacks her lips and goes, “Aaaaah…” With a big ol’ smile. Sometimes we call it her liquor. She’ll fall over like a drunken teenager on a Friday night (laughs). That’s my baby. Here I go, I digress!It’s kicking me in the butt now, while I have no regrets going over my 6 month mark, I have and still struggle with a few things:

I gave her more food during the day, more sunlight, and even an extra bath to help get her into a routine to associate bath time with bedtime (she also sweats like her dad and has as much hair on her head as I do on mine which doesn’t help). And while she clearly shows signs of sleepiness, I don’t feel like I’ve been addressing it correctly. I think timing is everything with her. I’ve read so many articles on what to do, I even have What To Expect: The First Year  (a great book and go-to guide). These issues have become stressful, as I am cranky without my 8 hrs, and while dad takes over sometimes, I remember he can’t always as he works & is tired too. So yesterday, as I was putting Tamia to sleep, I knew it would be a struggle. She was hyper (trying to keep herself awake) and speaking in her gibberish baby language when I finally fed up said to myself, “I used to be good at this. I babysat all of the time, what am I not doing?” I began to wonder what I used to do to put a baby to sleep, and then it hit me… rocking.

I picked up her stretched out body (she wasn’t flailing, but she does this thing where she’ll kind of donkey kick her legs to keep herself awake), put her in cradle position, with my legs crossed, and began a rigorous rock. Of course she tried to fight it, but I stuck to my guns. She got a little cranky, but I was able to calm her nerves by singing to her (we’ve sang ABC’s and Twinkle, Twinkle Little Star since she was born and she recognizes the melody— that of which I discovered were the same in both songs) she smiled and dropped her eyes. With a little more push and pull, she fell asleep. A deep one! As light of a sleeper she is, I was amazed. I was able to sleep until about 4 am. Thunderstorms, lighting, and a bad dream kept me up. She slept through the entire thing.

I said to myself, “I knew I shouldn’t have let Terrence talk me out of putting a rocking chair on the baby shower wish list.” I could’ve came in handy. There was this episode of Grey’s Anatomy in maybe the second season where O’Malley is staying with Burke & Yang. Yang wanted him gone but didn’t know how to approach it. Meanwhile, she is taking a class with Cheif Webber when she questions his ability to perform a skill with his eyes closed…

You want to win? Always go back to the basics.

One thought on “Should’ve Had a V8”